I one had a conversation with a friend about why they are single and not interested in dating. She told me she wanted to focus on finding happiness and success within herself and believed her soul mate would be doing the same. When both are ready and whole they will find one another. She was very adamant the reason her previous relationships had not worked out was because she or her partner were not fulfilled with themselves and looking for someone to fill a void. Then she shared with this short film,  “The Missing Piece Meets The Big O”, with me.

The film was adapted from a popular children’s poem by, Shell Silverstein (a favorite author of mine as a child, and still remains). It tells a story of a shape, that is looking for its piece to fit into. The shape searches far and wide for its match, and does find a match that fits, but they do not work out, as the shape starts to grow and no longer fits. It is not until the shape has formed into itself in its entirety, it finds another shape to belong to, and live side by side.

Although I met my husband long ago and when we were very young, I relate my experience in finding him to this story. I struggled as a teenager to find a boy that I liked enough, or that I liked and liked me back. I never had a serious boyfriend, but kissed a lot of frogs. During my first semester of college, I dated a couple of different guys that I really, really liked, more than I had liked anyone in high school. Neither relationship worked out. I remember at the end of that semester, I told myself I was not going to pursue another relationship until I spent a little time learning to love myself. In fact, I vividly remember telling my girlfriends New Years Eve, my resolution was to learn to love myself. What do you know… just a month after making this resolution, I started talking to and spending time with a boy I had casually known for a few months. It started off as a friendship, and within a couple of weeks, we were in a full-fledged relationship. Seven years later, that relationship turned to marriage, and four years into our marriage I am so grateful for making my first decision to learn to love myself first.

In fact, as each of us continue to work on and love ourselves, and follow what makes us happy, the more our relationship grows together. It is easy to lose track of yourself in any relationship and think of yourselves as a unit, but its never failed us to focus on oneself, making us better individually and together. 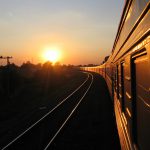 Change. We are always trying to find a way to change something. Whether it be our appearance, attitude or lifestyle. Quite often, and with much difficulty, we try to change others. Coaching is about 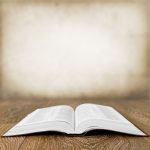 I love to read. If I did not, I would not be capable of writing this blog! I always have a book on hand, going back and forth between fiction and self-development books, and sometimes read both 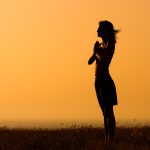 “Gratitude is a vaccine, an antitoxin and an antiseptic”- John Henry Jowett I love this quote. It is so true. I came across it recently and it reminded me of how necessary it is for me to practice